at the Garden Theatre

★★★★★ Witty, performed with dash and style, and the tonic one needs these dismal days. The athletic choreography devised by their director is stunning, and they can all sing. Camp, but clever, it contains nothing that would cause Aunt Edna to blush, and deserves to run and run.
ReviewsGate

★★★★ a lot of good clean fun. There is plenty of talent on display and the six guys perform splendidly
London Living Large

★★★★ It’s  great fun and I left the theatre with a smile on my face.
LondonTheatre1

The title says it all in the international smash hit musical comedy Naked Boys Singing!

This hilarious musical revue features 15 original songs, a bevy of gorgeous and talented men, and no clothes – a winning combination if ever there was one!  From the sassy opening number “Gratuitous Nudity” to the screamingly funny “Bliss of a Bris,” audiences and critics the world over have hailed Naked Boys Singing! a sure-fire crowd-pleaser.

Originating at the Celebration Theatre in Los Angeles, this campy musical comedy opened Off-Broadway in 1999 and ran for over twelve years.

Shortly after the original Off-Broadway closed, the smash hit Provincetown adaption of Naked Boys Singing! transferred to the Off Broadway stage where it is still enjoying a healthy run today.

“Talk about a show with balls!” – Time Out 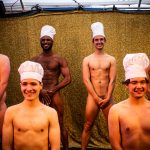 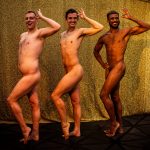 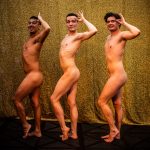 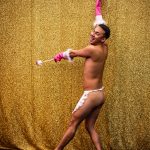 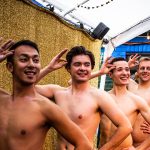 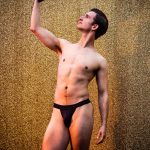 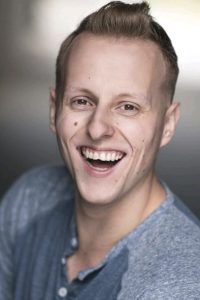 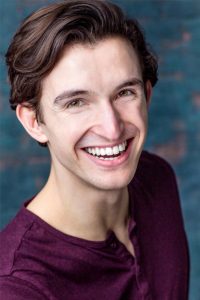 Training: STAC and the London School of Musical Theatre
Theatre Credits: Cat in the Hat (Turbine Theatre), Charles in ‘Me and My Girl’ (Frinton Summer Season), Alex in ‘The Crumple Zone (The Kings Head), Boy in ‘Cat in the Hat’ (Edinburgh Pleasance), Phil in ‘Skin Deep’ (Edinburgh Gilded Balloon), Skin Deep UK Tour, Dance Captain and PC Ping in Aladdin (Lowestoft, PHA), Tom in ‘The Hired Man’ (The Union Theatre), Monsieur Gaston in the UK premier of ‘Hotel for Criminals’ (Wimbledon Studio).

Nick also performs as a guest entertainer with ‘The Jersey Knights’ and with ‘West End Misfits’ at The Other Palace. Nick is an Actor and Photographer, and is thrilled to be working with the Garden Theatre to create another of their post-lockdown productions. 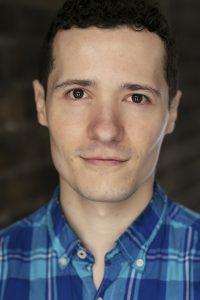 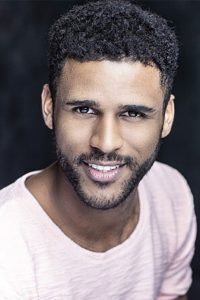 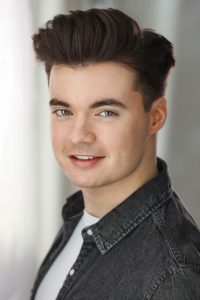 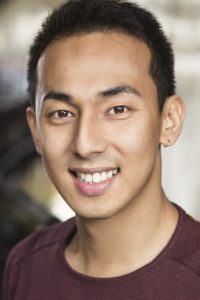 Orchestration credits include: Romance Romance; Grindr The Opera; Metropolis; Into The Woods and My Land’s Shore.

William trained at Bird College and was a Student Ambassador to the McOnie Company.

Within the last year he has been two time Offie nominated for Best Choreographer for his work on [Title of Show] and Boy Toy The Ballet. Other choreographic and directorial credits include: Black Magic Woman; Queereteria TV; Diary of a W*nky Actor and the cabaret show Cut Before Curtain Up.

As an assistant choreographer to Carole Todd his credits include: Musical of Musicals (The Musical); Mother Goose Cracks One Out and Cynthia’s Girls.

He is delighted to be reunited with Carole and Aaron on this production, whom he thanks deeply for their friendship and mentoring, and the King’s Head Theatre team for being so welcoming.

In addition, he has directed in London, New York, Chicago and Milwaukee. He recently produced the original cast recording of his award winning production of Grindr The Opera, to be released to coincide with the show’s Off Broadway opening this summer. Peter brings with him a wealth of experience and specialised knowledge of LGBTQ+ theatre.

The History of Naked Boys Singing!

Robert Schrock was producing Artistic Director of the Celebration Theatre, Los Angeles, prominent gay theatre company when he conceived Naked Boys Singing! in 1997. The theatre was struggling at the time and desperately in need of a hit. Naked Boys Singing! married the Celebration’s two most popular draws — nudity and music — and did the trick! Produced for $12,000, the show ran for a year and a half, building the kind of crossover audience, with women and straight men, that Schrock envisioned. He had grown weary of shows targeted at gay audiences that “used nudity without really addressing it”. He invited songwriters to contribute numbers on the subject, selecting 15 from more than 50 submitted. Much of the material is humorous; some is poignant, bordering on dark. The result is a show with tonal variety, wit and moments of depth that manages to transcend its focus on the male anatomy even as it keeps its attention fixed there.

“When you lower people’s expectations with a title like ours, it works to your advantage,” Schrock says. “The comment I hear most often from people is that the show was not what they expected”.

Naked Boys Singing! transferred to Off Broadway in 1999 where it is still playing. There have been over 50 productions worldwide, not always without controversy. The 2005 Milwaukee production (which I worked on) was shut down by the vice squad citing “lack of license and public nuisance”. The producers couldn’t believe their luck – the story got international press coverage and they sued the City, winning a substantial payout before reopening the production for an extended run!

That production was the fourth to be shut down by local police forces, following on from ones in Provincetown, San Juan and Atlanta. Despite these hiccups, Naked Boys Singing! continues to bring joy to audiences around the world.

I couldn’t resist revisiting this old friend which is as fresh and relevant as it was when it first opened over twenty years ago.

I hope you enjoy the show!

A note from LAMBCO Productions

In these days of powerful media and mass market advertising, it’s all too easy to feel guilty for not eating the right foods, not going to the gym, not having the right look, not having the right haircut or wearing the latest fashions. We often allow ourselves to feel inadequate, which can result in superficial facades such as clothing, allowing us to project a well-considered but false image to those around us. Many people could never consider allowing themselves to be seen naked.

Once the clothes come off, we are exposed in ways that go way deeper than the skin’s surface. A group of naked people share both a vulnerability and a similarity in having imperfections, but they tend to be kinder to each other, less critical, and there can be a deeper connection. Being as nature intended, rather than hiding ourselves from view, is not a sexual overture. The world would be a much kinder place if society was more accepting of nakedness.

I’d like to thank you for coming to see Naked Boys Singing! and we all hope you enjoy the fun and connection of this show!