Next Show: FROSTBITE – Who Pinched my Muff? 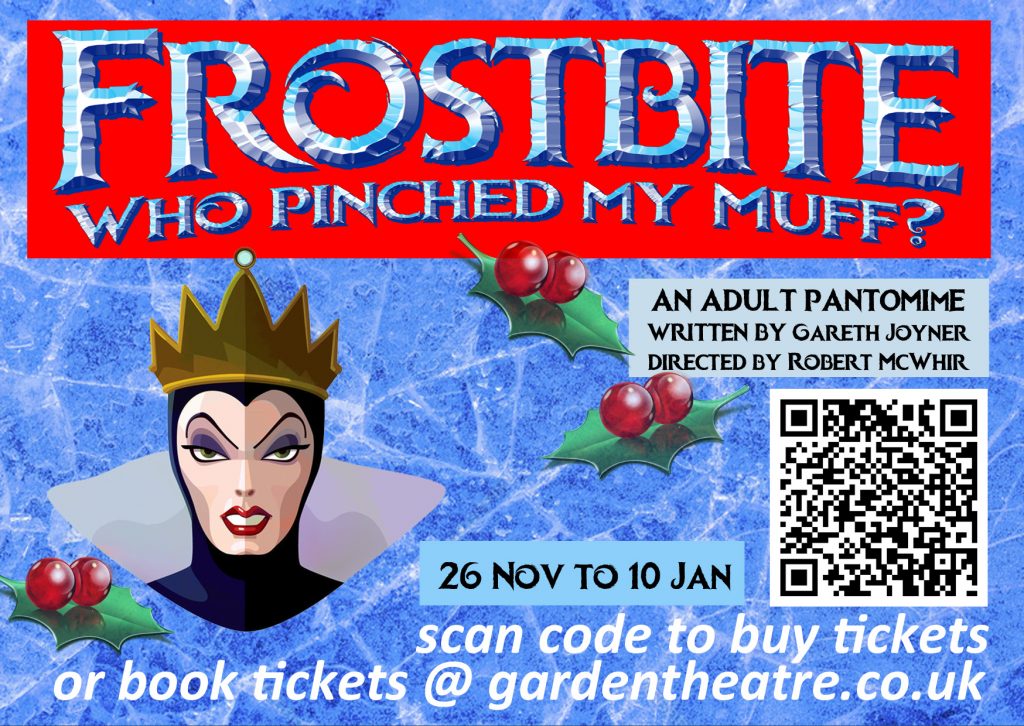 An adult panto by Gareth Joyner (alter ego of ‘Britain’s Got Talent’ finalist, Myra Dubois), ‘FROSTBITE, Who Pinched My Muff?’ is set in the ‘generically Germanic’ Alpine village of Vaüxhallen, and borrows freely from the traditional fairy-tales ‘Mother Goose’ and ‘The Snow Queen’ but with added jokes that are pure juvenile filth!
‘FROSTBITE, Who Pinched My Muff?’ is the first panto to be staged at the award-winning Garden Theatre at The Eagle Pub in Vauxhall. It will run from 26 November – 10 January.

The generically Germanic alpine village of Vaüxhallen is a happy place where all are honest and true. Quite frankly it’s nauseating, and no one thinks this more than the villainous human-hating Demon Frostbite, whose mission it is to freeze the hearts of all mankind! With his sights sets on our warm-hearted friend Dame Herda Gerda, will Fairy Snowflake thwart his evil plans with a flurry of her magic? What about Lumiukko, our loveable snowman friend? Perhaps our hero Garbo will save the day and chop down the Beanstalk? Is that even the right show? Who knows! With thigh-slapping routines and songs you know and love, ‘FROSTBITE, Who Pinched My Muff?’ is all the magic of pantomime from your childhood, but in a beer garden after a few mulled wines.
If you’ve any notion that this will be like any Disney movie then you’d better ‘let it go…’